And this second tax hit is running as high as 45% in some cases, according to Jonathan Constantine, the recently-named chairman of the newly-launched Hellenic chapter of the Republicans Overseas, which hosted the event. 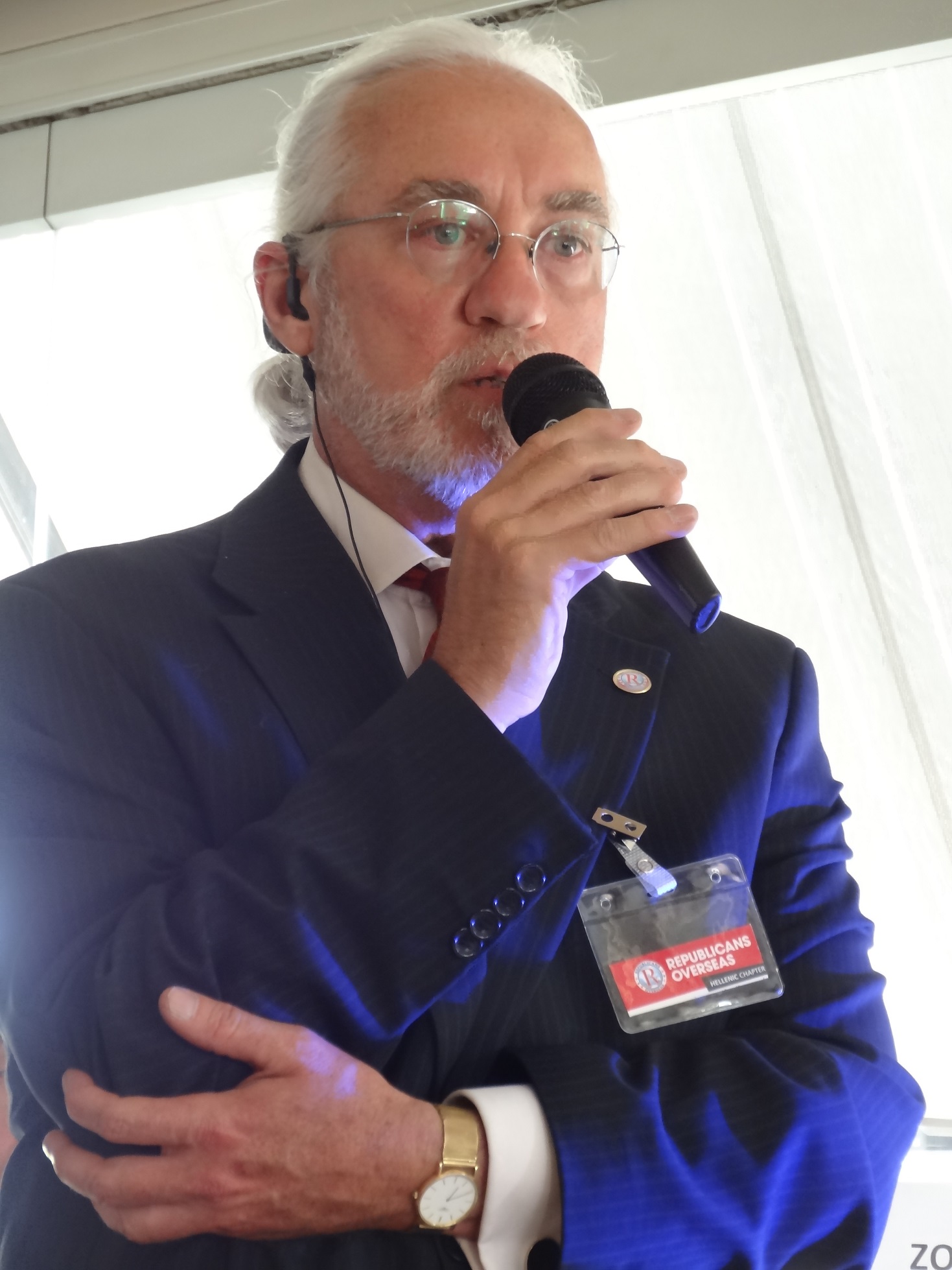 Such a second taxing of an individual’s income is, of course, a violation of a longstanding double tax agreement between the U.S. and Greece, in addition to being against long-established global tax norms and principles, Constantine, pictured left, told his audience, as he detailed the extent of this emerging double-tax problem.

In fact, he said, the U.S./Greece double tax treaty dates back some 30 years, and until now it has quietly “helped Greeks in America, and Americans in Greece, to work [in both places], while also enabling them to enjoy the fruits of their labours,” and at the same time “creat[ing] an economic stability between the two countries.”

“But this treaty, lately, at least from the Greek side, is not [being] respected.”

The matter hasn’t received much if any publicity, one source later told the American Expat Financial News Journal.

As this article was being posted on Friday, efforts by the American Expat Financial News Journal to confirm this problem, with the U.S. Embassy in Athens and Greek tax authorities, weren’t immediately successful.

The matter of double-taxation is one that other campaigners for a fairer taxation of American expats have been calling attention to in the past, as the U.S. Internal Revenue Code treats such products as non-U.S. savings plans held by Americans as if these were offshore tax avoidance instruments – and obliging those who have them to comply with complex tax filing requirements in order to avoid being taxed.

Constantine said he was raising the double taxation issue because he felt it needed to be addressed, because it is hitting “Americans, and Greek Americans, living in Greece,” many of whom he said have been bringing the money in to “build homes” for themselves and their families, and in some cases to simply “live out their retirements” in Greece.

This is understood to be a common practice among Greeks who spent their working lives in the U.S., but then decided to retire to their home country.

Constantine said he was also mentioning the matter because it was an example of how the tax problems American expats that the Republicans Overseas and other American expat groups have been strenuously lobbying Congress to fix over the last few years are more complex than many realize, and how they can even involve individuals who don’t have American citizenship.

Noting that the contributions of Greeks living in the United States, Australia and other G20 countries have been estimated to account for around a third of the investment coming into Greece annually, Constantine said his question for the Greek tax authority was, “do they want this money to stop coming? I’ve raised this question several times in the past…Because we Greek Americans, we’re fed up.”

Other speakers at Wednesday’s event included Republicans Overseas vice chairman and chief executive Solomon Yue, Toronto-based lawyer and citizenship expert John Richardson and, via a video connection, Matt Stross, a U.S. government tax expert who works in the office of North Carolina congressman George Holding. Holding, as reported here last December, introduced legislation that would make life easier for America's expatriates, which is known as the Tax Fairness for Americans Abroad Act.  Yue and Richardson have been discussing Holding's legislation at similar events for American expats over the past 18 months in a number of major cities around the world, including, last month, London, where Rep. Holding made a rare overseas appearance.

Yue and Richardson have said their appearances have been aimed at boosting awareness and support among American expatriates for the legislation, as well as for other efforts currently under way in Washington that are aimed at making life easier for U.S. citizens abroad.

According to Yue, around 2.5 million "Greek Americans" live in the U.S., and are estimated to send around US$2bn to Greece every year. This compares with around 11 million Greek citizens resident in Greece. Around150,000 Greek-Americans are estimated to have retired to Greece, while the number of Americans working and living in Greece is estimated at around 12,000.

In his presentation, via a television screen at the front of the room above a restaurant in the waterfront Piraeus district of Athens in which Wednesday’s Republicans Overseas event was held, Stross said major efforts are under way at present to re-introduce Congressman Holding’s Tax Fairness for Americans Abroad Act in the current session of Congress and see to it that it gets passed.

“We have a few things to work out with that bill, a few kinks, some definitional changes that were requested by the joint committee on tax, which scored [the first version of the bill, introduced last December].

“We’re also looking for a co-sponsor, because we’re going to need support from both parties here, considering that the House is majority Democrat and the Senate is Republican.”

Stross concluded his presentation by saying, ““It’s certainly an uphill battle, but hopefully, with the help of you guys, the Republicans Overseas, Democrats Abroad, American Citizens Abroad, all the AmChams and all the other organizations out there, we can drum up [enough] support to be able to go to Congress and say to them, ‘Hey, this is important, we need this!’”

Constantine said his just-launched Republicans Overseas chapter would have at least one event for members and interested guests “every month,” and that it planned to set up a “Republicans Abroad/Overseas Tax Help Desk” imminently.

This was needed, he said, since the U.S. government has eliminated virtually all of the tax offices it used to have at American embassies around the world, which used to help American expats with their taxes – even though expats’ returns are more complex now than they ever were during the days when these offices still existed. 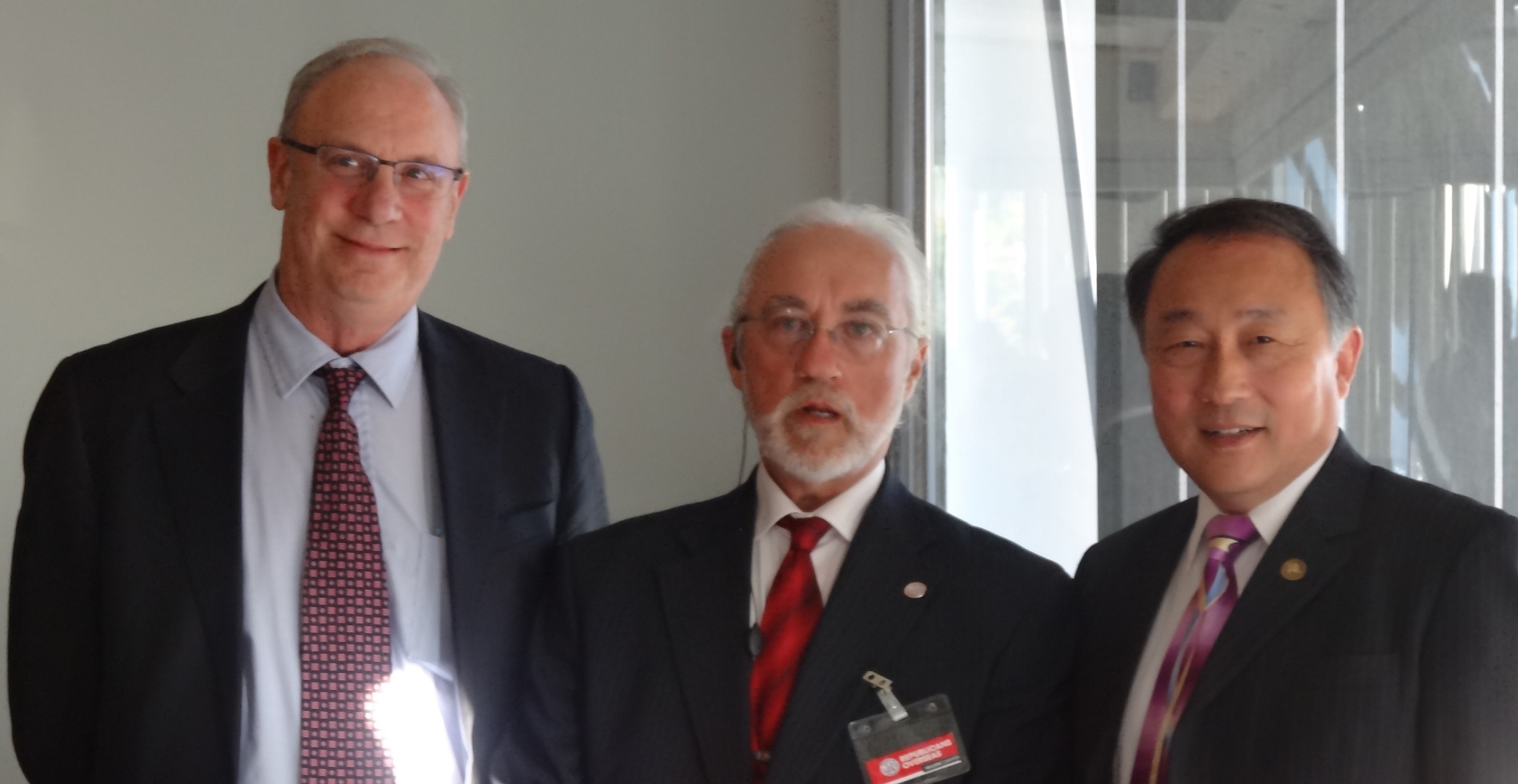