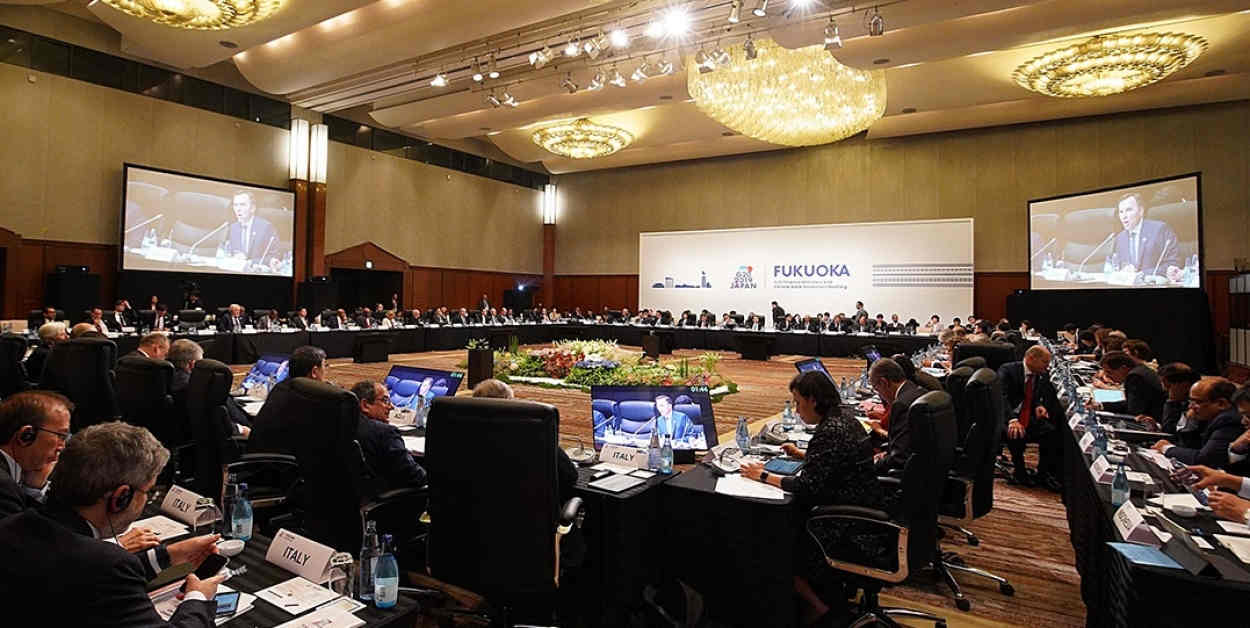 Businesses that sell goods and services across international borders may soon face major changes, as recently-unveiled plans by the Organisation for Economic Co-operation and Development to harmonize the way online commerce is taxed by governments around the world appear set to become law within a few years.

Earlier this month, G20 ministers meeting in Japan (pictured above) endorsed an overhaul of the global corporate tax regime that was presented there by the OECD. Published reports immediately after the event quoted experts as saying the proposed corporate tax "roadmap" would represent “the most significant” such package of tax changes “in over a century.”

This "Programme of Work to Develop a Consensus Solution to the Tax Challenges Arising from the Digitalisation of the Economy,"  as it is officially called, is being considered as a means of addressing at a global level the way corporations are taxed, in an era that is seeing financial transactions increasingly taking place online and carried out over blockchain networks.

The measures come almost exactly one year after a U.S. Supreme Court ruling overturned an earlier decision and has now enabled U.S. states to begin charging sales tax on purchases made to individuals and businesses within their borders by out-of-state sellers, even if these sellers don’t have a physical presence in the state. This change was also seen as an acknowledgement of the need to update tax regimes to reflect the growing digitalization of cross-border commerce, particularly, for example, the growing use of the internet to carry out transactions.

Until last year’s ruling, known as South Dakota v. Wayfair, states could only levy sales tax on businesses that had operations inside their boundaries. This ends a practice that dated back 26 years, to a 1992 Supreme Court case, Quill Corp. v. North Dakota.

Wayfair is a NYSE-listed e-commerce company based in Boston, Massachusetts. Two other U.S.-based internet retailers were also defendants in the case.

Many states have already begun enforcing the new regime, and others are set to imminently.

According to an OECD spokesperson, the Paris-based organization’s package of proposed measures targeting the “digitalization” of the world economy will be presented to G20 leaders for their endorsement in Osaka later this month.

"Then we have a sprint to finalize the proposal, and get final agreement on it by the end of 2020," he added.

He said it was too early to predict when this package of measures is likely to begin coming into force.

As currently envisioned, the proposed scheme – which is only in the earliest stages of discussion – would initially involve the drawing up of a framework, based on a consensus view, that would establish where corporate tax ought to be paid, and where and how such corporate taxes should be collected.

A second feature would establish a means for ensuring that multi-national companies paid a minimum level of tax, thereby discouraging them from shifting their profits to lower-tax jurisdictions. This would then enable countries in which businesses found to be paying less than the minimum operated to demand more tax from them.

To read and download the OECD's 44-page Programme of Work to Develop a Consensus Solution to the Tax Challenges Arising from the Digitalisation of the Economy, click here.

This proposal followed another package of measures aimed at addressing the challenges of collecting value-added tax and goods-and-services tax (VAT/GST) in an increasingly online world that the OECD presented in March, during a meeting of Global Forum on VAT members.

In this report, the OECD detailed a range of measures designed to make e-commerce marketplaces liable for the VAT/GST on sales made by online traders through their platforms. Data-sharing and enhanced co-operation between tax authorities and online marketplaces were also addressed.

This report, The Role of Digital Platforms in the Collection of VAT/GST on Online Sales, may be read and downloaded by clicking here.