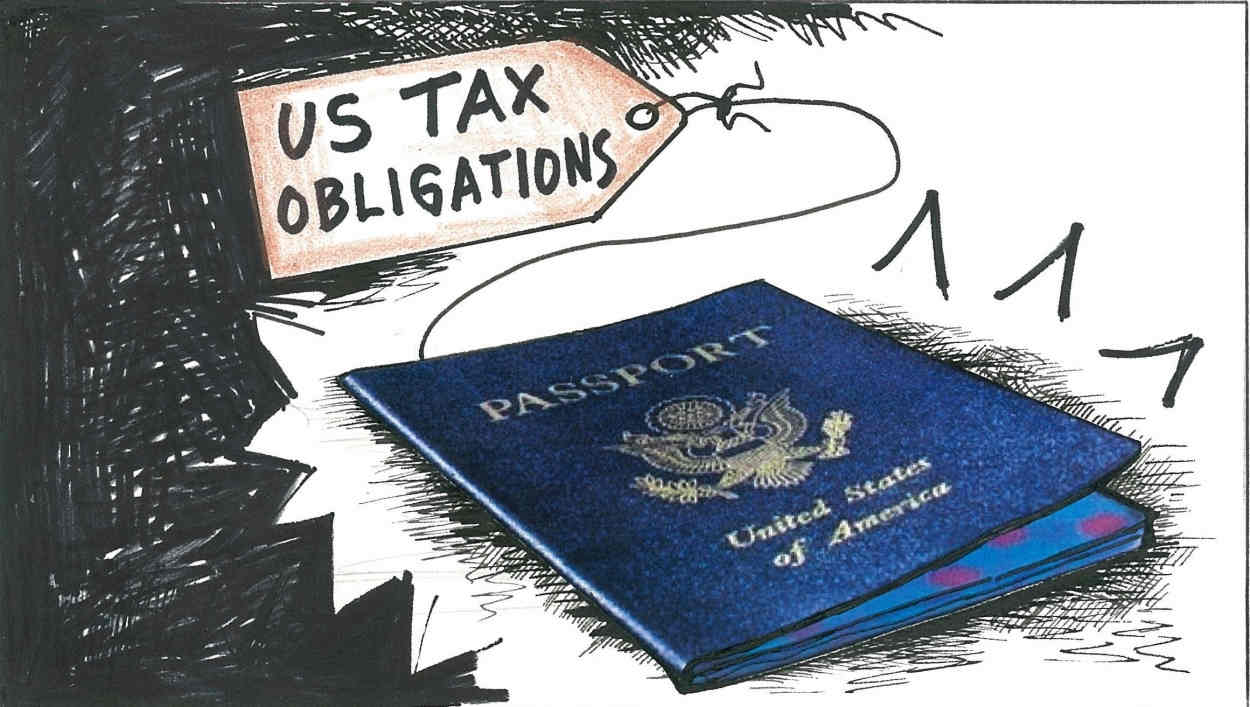 The U.S. Tax Court in Washington last Thursday said it “lacked jurisdiction” and otherwise “could provide no… relief” to a New York resident who brought a legal challenge over the revocation of her American passport on grounds that she owed US$160,000 in “assessed penalties” to the IRS.

The case is said to be one of the first involving a relatively-new passport revocation law that was passed by Congress in late 2015, and began to be enforced in February of 2018. It was included in a larger bill aimed at improving America’s road and rail networks, known as the Fixing America’s Surface Transportation (FAST) Act.

The petitioner, Vivian Ruesch, is the wife of James Ross Mellon II, a Switzerland-resident member of the Mellon family who made headlines a few years ago when the IRS came after him for taxes even though he was said to have renounced his U.S. citizenship in 1978.

According to Frank Agostino, founder and president of Agostino & Associates PC and a former IRS attorney, whose firm represented Ruesch in the matter, her plans for now are to “continue working to demonstrate that she has complied with all laws applicable to her, and that she is not liable for any penalty”.

He added: “She went to court because she believes that she has complied with all laws applicable to her, and that the IRS unfairly imposed what amounts to a ‘marriage penalty’.

“She respectfully contends that the IRS application of the law is incorrect.”

Asked for his own opinion, Agostino said that he also believed she had "complied with all of the relevant laws” and that he was “cautiously optimistic that [her] position will ultimately be accepted by both the IRS and the courts".

U.S. media reports from 2017 described a Manhattan federal court hearing on Feb. 8 of that year, at which Mellon was told that he must submit certain key documents to the IRS, including financial documents, foreign tax documents and travel documents, in order for the agency to better determine exactly how much, if anything, he and his wife owed Uncle Sam. The named respondent in the Ruesch Tax Court case was IRS Commissioner Charles P. Rettig.

The IRS didn't respond to a request for comment on the Ruesch case specifically. However, a spokesperson noted that back in March, as U.S. government agencies ramped up their response to the then-rapidly-growing number of Covid-19 cases across the country and the pandemic's deepening effects on the economy, the IRS announced that it would temporarily suspend new certifications of taxpayers who were deemed to be "seriously delinquent" until July 15, as part of what it called its "People First Initiative". Such certifications are what prevent taxpayers from receiving or renewing passports.

That said, U.S. passport-processing services also underwent major cutbacks in March, and are only now beginning to be phased back in.

In his 25-page opinion last week, which may be viewed on the Tax Court’s website here, Judge Albert Lauber said the Tax Court’s lack of jurisdiction in a case such as this meant that it couldn’t rule on the so-called Code Sec. 6038 penalty assessed against Ruesch, even though the assessment at issue – US$160,000 – would have been deemed by the IRS to be a “seriously delinquent tax debt”.

The IRS defines “seriously delinquent tax debt” as being when an individual's “unpaid, legally enforceable federal tax debt (including interest and penalties) totals more than US$53,000”.

(When the program first began to be enforced, this amount was US$2,000 less.)

Last August, the IRS said that it had notified more than 400,000 U.S. taxpayers that they were at risk of losing their passports as a result of their outstanding tax debt.

The law is of particular concern to certain Americans resident outside of the U.S. who don’t currently have a valid passport in any other country, particularly those who have not been keeping their U.S. taxes up-to-date, typically because they haven’t been aware that they were required to, as they pay taxes in the country in which they currently live.