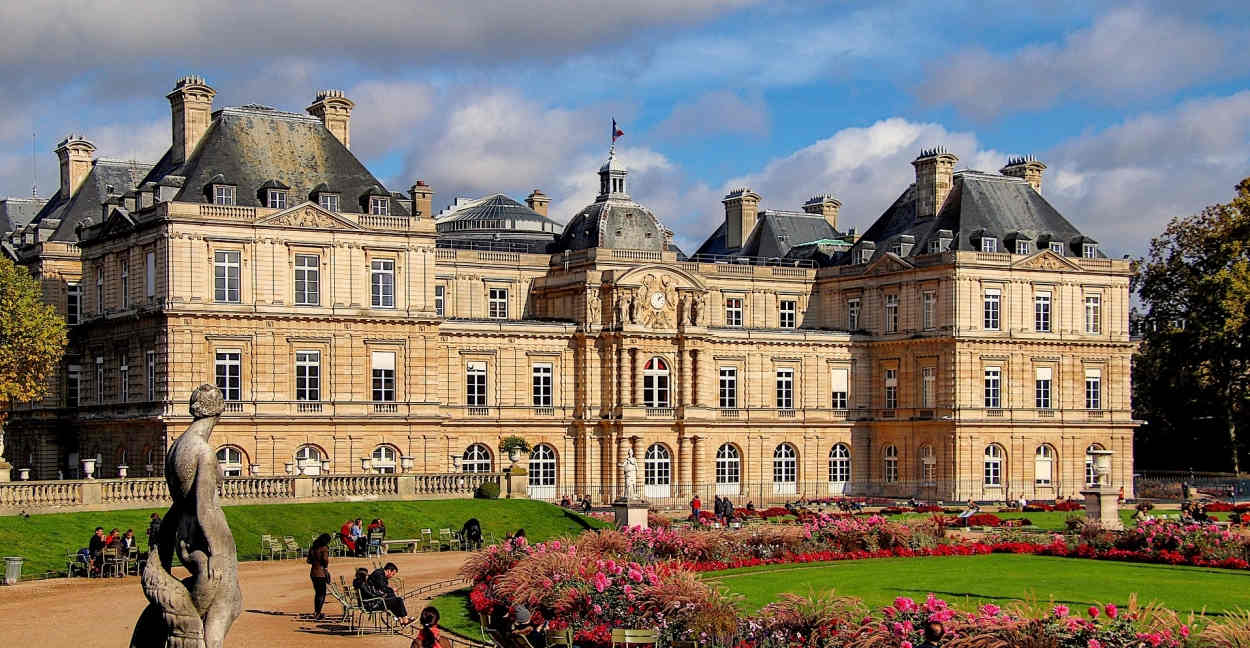 Less than two weeks after the sponsors of a proposed amendment to France's 2021 Finance Bill that would have obliged the U.S. to reciprocate with respect to the information it currently receives from France under FATCA withdrew it from consideration at the last minute, three members of the French Legislature's upper house have tabled a similar amendment.

Senators Antoine Lefèvre, Jacky Deromedi and Christophe-André Frassa tabled their amendment last Friday, according to documents published on the Senate's website, and sources familiar with their proposal.

Like the proposed amendment that National Assembly members Laurent Saint-Martin and Marc Le Fur had been hoping to see included in the draft version of the Asembly's 2021 Finance Bill, the Senate version calls for a change to an existing "intergovernmental agreement" currently in place between France and the U.S., which enables French financial institutions to comply with the2010 U.S. anti-tax evasion law known as FATCA.

Their proposed change would oblige the U.S. to begin delivering on the "reciprocity" of information exchange that certain French lawmakers say their government understood to have been part of the FATCA IGA deal at the time it was agreed to by both parties in 2013, but which the U.S. has yet to put in place.

'Incomplete reciprocity on
the part of the USA...noted'

As was the case in the French Assembly, the amendment being proposed by Senators Lefèvre, Deromedi and Frassa begins by noting that even though the U.S. agreed, in that 2013 IGA with the U.S., "to facilitate the exchange of information between French banks and the American tax authorities, [the] IRS", with the understanding that in return, "the American administration must provide France with information on the accounts and surrender values of Franco-American life insurance policies", in fact, "an incomplete reciprocity on the part of the USA" had been "noted".

And despite assurances by the U.S. that it would take action to remedy this, "the Franco-American agreement of 2013 continues to be applied in the absence of complete reciprocity, to the detriment of our compatriots".

Indeed, the amendment points out that on May 15, 2018, the Senate had "unanimously adopted a motion for resolution on the situation of the accidental Americans, tabled by [Senator] Jacky Deromedi and co-signed by 113 colleagues, including eight other senators representing French people living outside France", but even after that, nothing had been done.

"The amendment was withdrawn due to assurances given by the Government that this issue has already been addressed, and will continue to be addressed in the future.

"[But] the difficulties encountered by our accidental American compatriots have lasted since 2014. It is time to take new actions to come to their aid.

"We therefore propose to take up this amendment [in the Senate]. to mark the will of the French Parliament, that the voice of our compatriots be heard."

Fabien Lehagre, the president and founder of the Paris-based Association des Américains Accidentels (Accidental Americans Association, or AAA) said he very much welcomed the news of the proposed Senate amendment.

"In May 2018, the Senate passed a unanimous resolution encouraging the French government to ensure that the situation of "accidental Americans" is taken into consideration and to adopt measures, particularly with respect to reciprocity in the implementation of the bilateral FATCA agreement. Two and a half years later, the situation has hardly changed," he said.

"Therefore, I am relatively confident that the senators will adopt this amendment, thus forcing the government to take a stand."

Growing issue for 'accidentals' in Europe

As reported, the banking difficulties for accidental Americans as well as many ordinary U.S. expats have been mounting recently, especially in Europe, as FATCA has begun to require more information from non-U.S. banks and financial institutions around the world than it did previously about their U.S. citizen (and thus, under the U.S. system, U.S. taxpayer) clients.

Reports have begun coming in of banks in Australia also freezing the accounts of accidental Americans who have failed to provide them with so-called Tax Identification Numbers (TINs), usually a person's Social Security number, which few accidental Americans normally have.

Because FATCA is said to carry with it significant penalties for those "foreign financial institutions" that fail to comply, including a 30% withholding tax on the U.S.-source income of any institutions found to have failed to report to the U.S. on any of their U.S. citizen account-holders, many banks simply refuse to have any American clients at all, saying it's not cost-effective for them to do so.

Others won't have just those American clients who are unable to provide them with TINs, which, as of Jan. 1 of this year, the American authorities officially now require from all non-U.S. banks about their American account-holding clients.

Many "accidentals" don't have such numbers, and object to, or are simply wary, of having to enter the U.S. tax system in order to obtain them. Renouncing their U.S. citizenship is also expensive and problematic, they say – in addition to having been impossible for more than seven months around the world, owing to the closure of most of the U.S. consulary offices that normally handle such renunciations, in response to the coronavirus pandemic.

The difficulty for countries in Europe is that under EU law, banks are obliged to provide a basic bank account to any citizen of the country in which they're operating if the citizen asks for one -- thus putting those institutions that refuse bank accounts to dual citizens who are considered to be American, even if they themselves were not aware that they were thought to be, having lived all their lives outside of the U.S., in a difficult place.

As this and other publications have been reporting for years, political support in Europe to challenge the U.S. over the issues dual European/American citizens have been having as a result of FATCA periodically flares up, but in the end, nothing so far has actually been done.

In July, 2018, for example, the European Parliament unanimously approved a resolution supporting the cause of Europe's "accidental Americans" – voting by a resounding 470 votes to 43, with 26 abstentions – in favour of a plan to tell the U.S. to allow such individuals to cast off their American citizenship (and thus their taxation by the U.S.) more easily and cheaply than is currently possible under U.S. law, by, among other things, re-opening negotiations with the U.S. over FATCA. Thus far, however, the European Parliament has not acted on the resolution.

In November of last year, 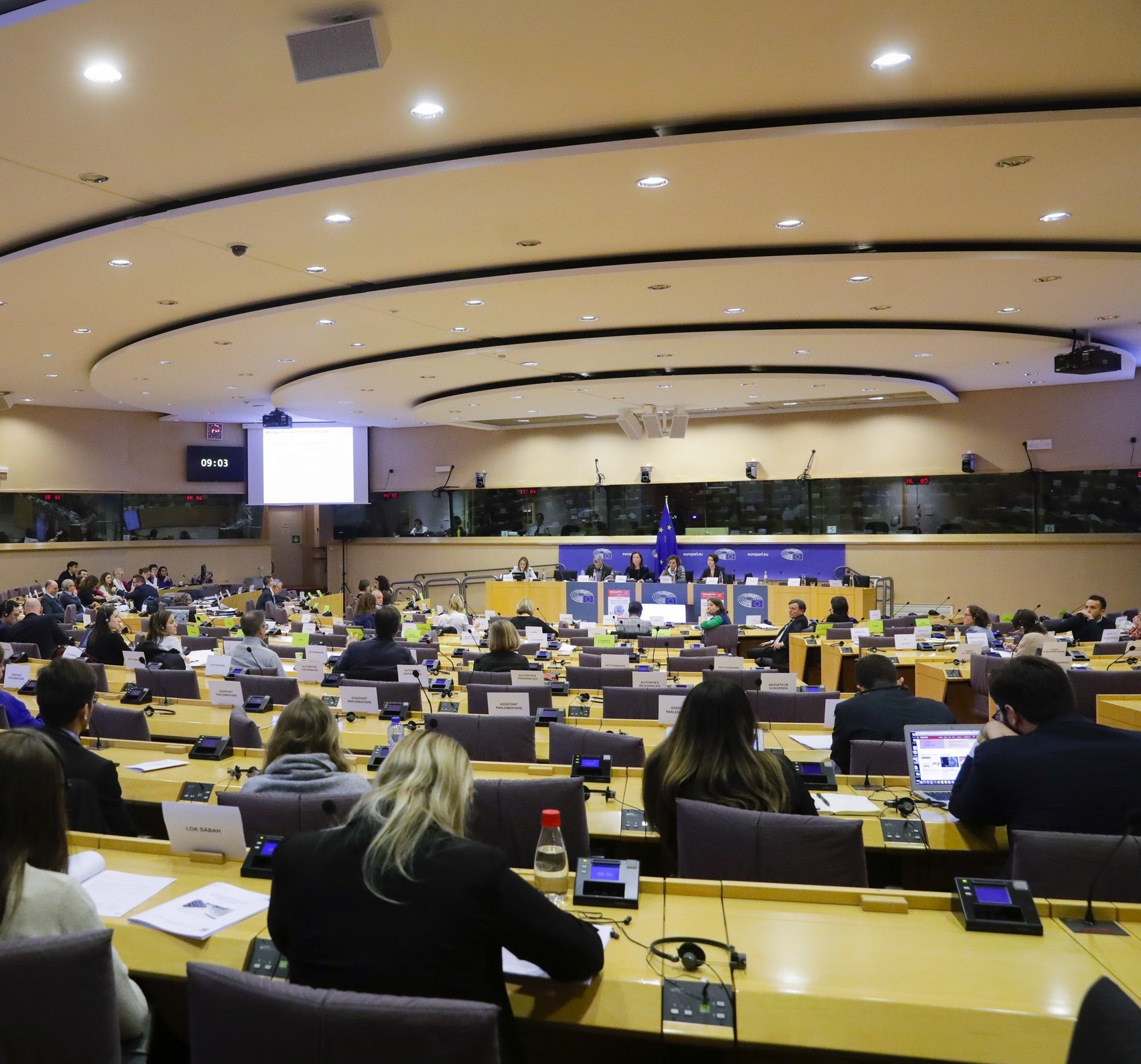 a number of "accidental Americans" who live in Europe spoke out about the issue, and their frustrations, during a two-and-a-half-hour European Parliament hearing on FATCA in Brussels, pictured left, which was marked by moments of passion and even applause. They were joined by such politicians as Sophie in 't Veld, a Dutch MEP who has been a champion of Europe's accidental Americans for years.

In January of this year, as banks in the Netherlands began taking a firmer stand with those dual Dutch/American citizens who had failed to provide them with the tax identification numbers (TINs, typically a person's Social Security number) that they need in order to comply with FATCA, Dutch lawmakers met with representatives from two American expat organizations in the Tweede Kamer's building in the Hague discuss the issue. The topic has continued to play out there, though thus far, say spokespeople for those American expat groups,  without any improvement to the situation.