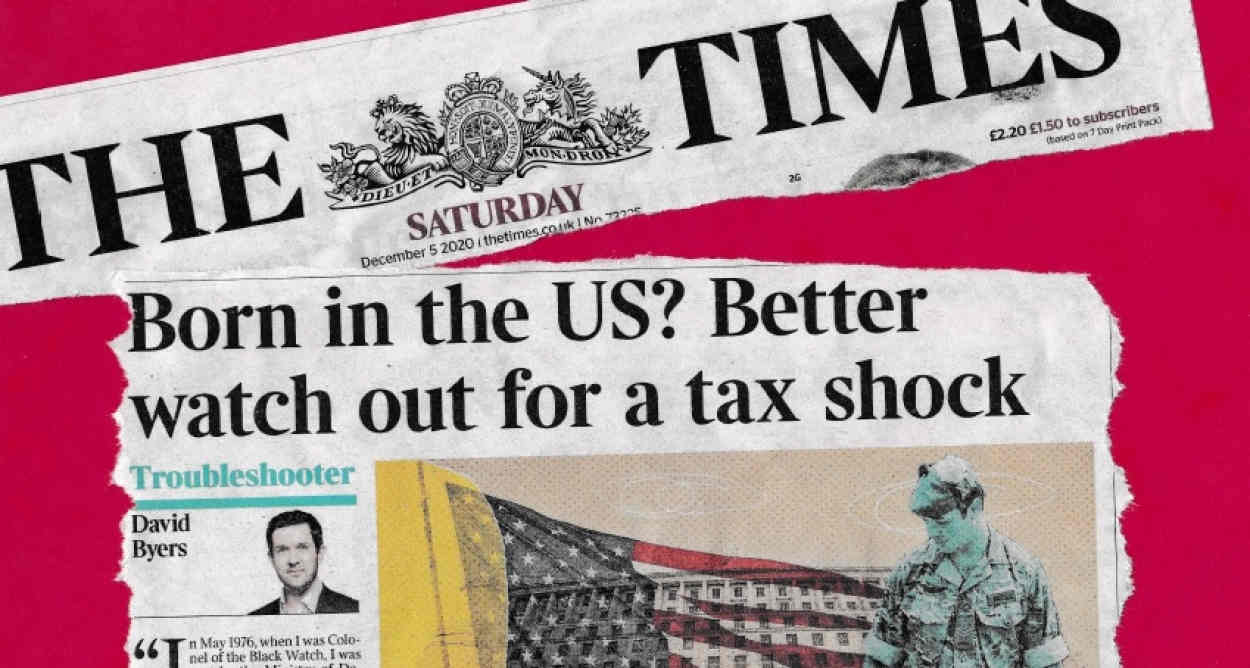 An advice columnist for the London Times newspaper's Money section has informed a retired U.K. Army officer who wrote to the paper that his 44-year-old daughter, born in Colorado when he was on a two-year posting there, is an "accidental American", who will have to pay thousands of dollars to sort out her situation with the U.S. tax authorities, whether she decides to retain her U.S. citizenship or renounce it.

In the weekly Troubleshooter column, David Byers, who is the Times's assistant money editor, explains to retired Brigadier Garry C. Barnett OBE, that there are believed to be between 300,000 and 500,000 "accidentals" across the EU, many of whom, like his daughter Joanna, "may not have realized they have tax reporting responsibilities to the U.S. Internal Revenue Service (IRS)".

Probably the most famous of these, Byers adds, was Boris Johnson, the Manhattan-born prime minister, who "only learnt that he was a U.S. citizen after being chased for taxes by the IRS when he sold a house in 2014, and who memorably described his tax obligations on the sale as "utterly outrageous", although he did settle the bill.

One point that the brigadier is apparently perturbed about is the fact that the UK's Ministry of Defence didn't "take the trouble to notify our daughter, or me, of this situation when I was posted [to the U.S.], or when she turned 18.

"Even more frustrating is that children of British diplomats are exempt, but those in the military are not. This is despite the fact that their parents would have been sent to the U.S. by our government, as was I."

Byers notes in his response that Barnett had put the question to Ben Wallace, the defence secretary, and that the MoD had responded that "U.S. authorities 'make individual contact upon the 18th birthday with the request to surrender U.S. citizenship without the requirement to submit a tax return'".

"The IRS will be alerted if your daughter travels to the US. or when she renews her passport, so it is essential that a U.S. tax return is complied with," Byers continued.

One person who will no doubt be familiar with the way the U.S. taxes Americans will by the executive chairman of the company that owns the Times, Rupert Murdoch, who was born in Australia but who became a naturalized American in 1985, losing his Australian citizenship in the process. He married Texas-born American model and actress Jerry Hall in 2016, in London.