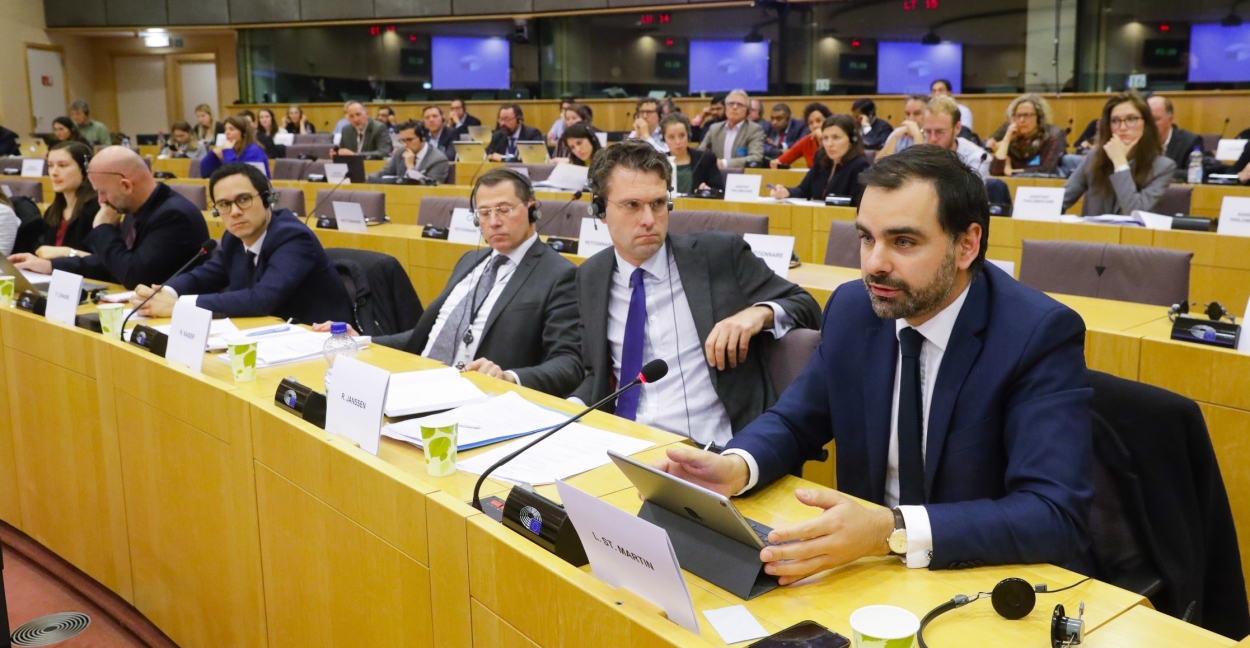 The head of the German Presidency of the EU has written a strongly-worded letter to the head of the U.S. Internal Revenue Service on the subject of the U.S. law known as FATCA, and what he calls "the continuing challenges EU residents with U.S. citizenship are encountering in connection with the application of the FATCA – Exchange of Information under  Intergovernmental Agreements (IGA) by the the EU Member States."

The letter to IRS Commissioner Charles P. Rettig is signed by Martin Kreienbaum, Director General of International Taxation and, for a few more weeks, the head of Germany's presidency of the Council of the EU, which rotates every six months, and ends for Germany on Dec. 31.

The letter is dated Dec. 8, but was made public by the Council's General Secretariat yesterday.

News of Kreienbaum's letter was greeted with cheers by accidental Americans and those campaigning on their behalf across Europe, although some wondered whether it would get the attention of the incoming Joe Biden administration, as the outgoing president, Donald Trump, is seen as unlikely to act on the issue during his remaining weeks in office, as well as Kreienbaum's successor at the EU Council.

Kreienbaum begins his letter by thanking Rettig's office for "the publication of the frequently asked question by the IRS in October 2019, which was welcomed by the financial institutions [currently struggling with American account-holders] as a helpful measure to provide practical orientation for cases where account-holders cannot obtain a U.S. TIN, despite considerable efforts".

EU Member States also recognize, Kreienbaum said, the IRS's endeavours, "and are grateful for the explanations given by the U.S. Treasury in its letter dated 12 March, 2020".

(As reported, that letter, from the Treasury Department's deputy assistant secretary for international tax affairs in the Office of Tax Policy,Lafayette G. "Chip" Harter, had been in in response to a previous EU letter on the subject of FATCA sent to Treasury Secretary Steve Mnuchin in December, 2019, by Terhi Järvikare, director general and head of the tax department for Finland’s Ministry of Finance, on behalf of the Council president's office.  In subsequent social media postings on Twitter and Facebook, Harter's response appeared not to have been well-received by Europe's accidental American community, which thought it failed to acknowledge the scale of the problems they were struggling with, and what they believed was a need for the U.S. to make changes to the existing FATCA regime.)

Further referring to Harter's letter, Kreienbaum notes that came with an invitation to EU Member States, "together with representatives of the affected financial institutions, to further collaborate with the IRS on the issue of EU residents with a double nationality who are faced with unnecessary closure of bank accounts due to the obligations under the FATCA IGAs.

"I would like to accept this invitation on behalf of the EU Member States, and wish to set up a meeting to this end at the earliest convenience," Kreienbaum continues, explaining that elected EU representatives  as well as representatives of the financial institutions struggling to deal with issues caused by FATCA would this way be able to "share some practical examples" of the issues, "the number of citizens this affects, and what could provide them with greater assurance in refraining from freezing or closing bank accounts."

He then told Rettig that although the IRS had made some effort to provide "tax treatment" relief to dual American/European citizens who opted to resolve their FATCA issues by relinquishing their citizenship, these same persons "are nevertheless still facing high renunciation fees and a very complex procedure that makes it extremely difficult for them to follow through with the renunciation."

"We are aware that the latter issue does not lie within the responsibility of the IRS," Kreienbaum continues, "However, the EU representatives would highly appreciate your assistance in transmitting these concerns to the relevant U.S. authorities and advocating for measures aimed at further simplifying the expatriation."

Kreienbaum concludes his letter by saying that he looked forward to "further elaborat[ing] on these issues in the requested meeting."

Treasury officials in Washington didn't immediately respond to a request for comment.

Fabien Lehagre, founder and president of the Paris-based Association of Accidental Americans and one of the most visible campaigners on behalf of Europe's accidental Americans, who are estimated to number more than 300,000, told the American Expat Financial News Journal today that although he was "glad to see that the Presidency of the Council of the European Union is still concerned about the fate of the accidental Americans," he was doubtful that "without a stronger position from the member states themselves" on the issue, the U.S. would ever feel obliged "to do anything to solve the problem".

He added: "Article 8 of the intergovernmental agreements authorizes member states to formally request the help of the United States in the event of difficulties. Why don't the Member States do it?"

Lehagre and his organization are among 21 plaintiffs – including 20 accidental Americans, counting him – who last week filed a crowd-funded complaint in U.S. District Court in Washington against the U.S. State Department, in which they argue that the current US$2,350 fee to renounce one's citizenship violates the U.S. Constitution and international law.

As reported, efforts by French lawmakers in both houses of the country's legislature to introduce a proposed amendment to France's 2021 Finance Bill, which would have obliged the U.S. to reciprocate with respect to the information it currently receives from France under FATCA, were unsuccessful, which was seen by FATCA critics as yet another probable example of the issue taking a back seat to diplomatic relations with the U.S.