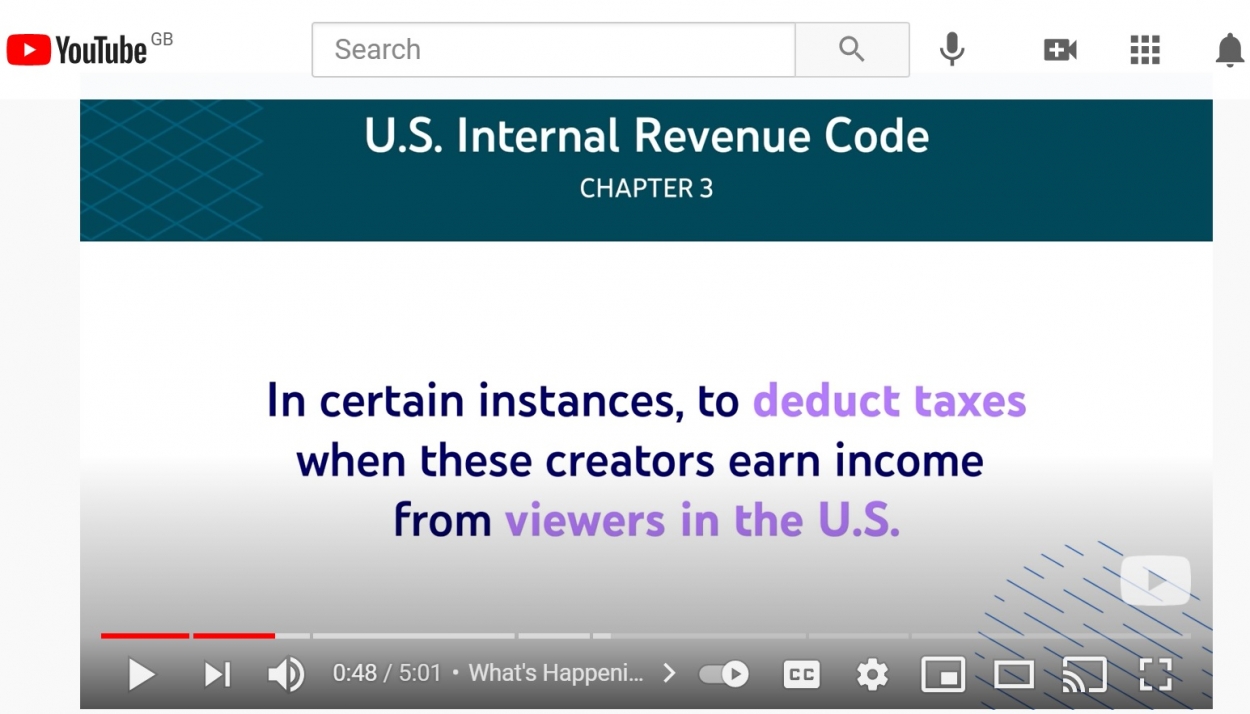 YouTube, the giant, San Bruno, California-based online video-sharing platform, has stunned video content "creators" around the world with its announcement this week that it will soon begin to deduct taxes from their YouTube earnings for the first time, because its parent, Google LLC, says it must. 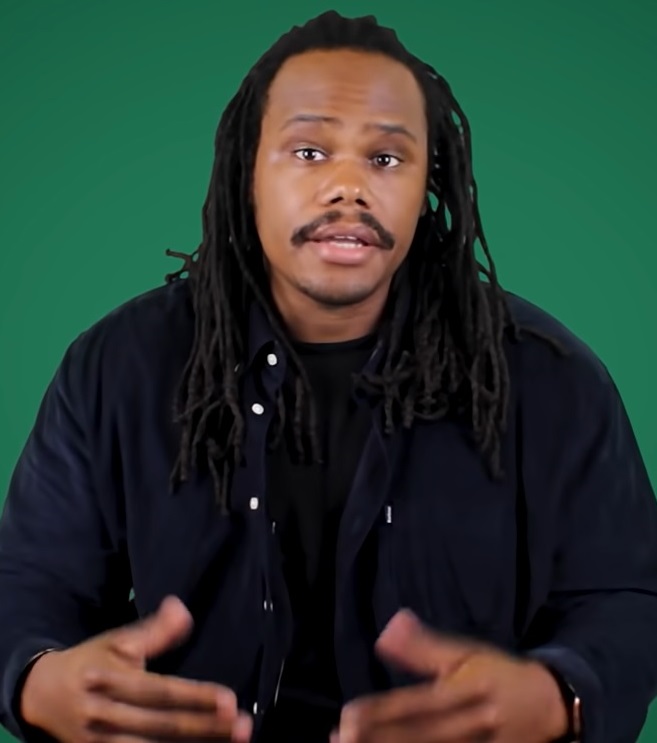 According to YouTube, the first thing YouTube contributors need to do is begin providing the company with their tax details. YouTube says the new obligation to collect this information and begin to withhold taxes is so that Google can comply with U.S. tax rules, and it apparently applies to all YouTube contributors, not just Americans.

In an email to these contributors, YouTube said that if they don't provide the necessary tax information by the end of May, "Google may be required to deduct up to 24% of your total earnings worldwide."

As a video-sharing platform might be expected to do, it gives a more extensive explanation in a five-minute YouTube video (pictured above), narrated by an unidentified spokesman (pictured left).

YouTube creators were quick to react to the news of the new YouTube tax policy – which they did via social media, of course. Among them  was Evan Edinger, the American expat blogger based in London, who, as reported, is originally from New Jersey, and began his YouTube career after coming to the UK in 2012 to pursue a master's degree in actuarial science. 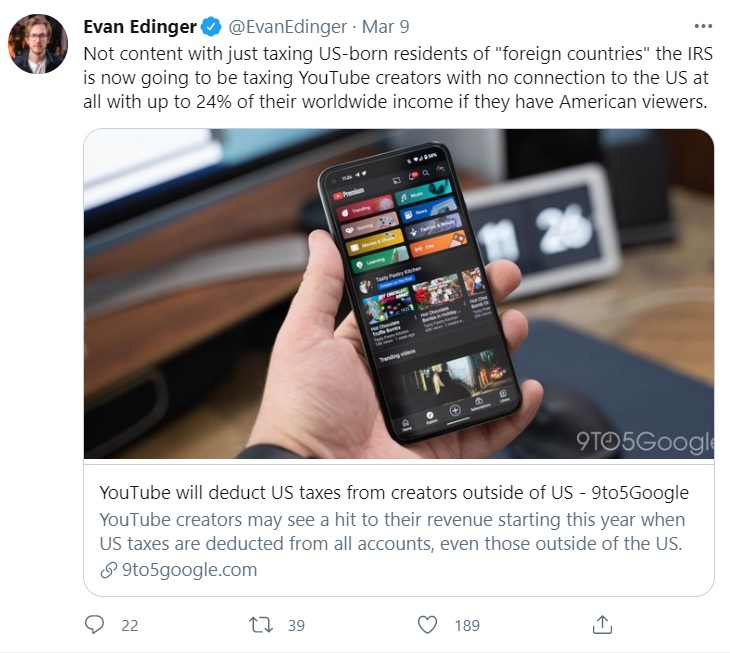 "Not content with just taxing US-born residents of 'foreign countries' the IRS is now going to be taxing YouTube creators with no connection to the US at all with up to 24% of their worldwide income if they have American viewers," Edinger, whose YouTube episodes often touch on American expat financial and tax issues, tweeted (pictured right).

David Treitel, founder and managing director of London-based American Tax Returns Ltd., admitted to being surprised by YouTube's newly-announced tax reporting stance, as it doesn't appear to be based on new regulations.

"Most likely Google is responding to growing pressure from the U.S. government to maximize its U.S. tax take," he said.

Peter Palsen, an international tax law specialist with Frost & Associates, based in Annapolis, Maryland, said YouTube's action was "consistent with the type of efforts that Amazon, Apple and Coinbase have been making" recently, with respect to payments to foreign persons.

"These companies have an obligation to continually review the characterization of their payments and withhold the proper amount of tax", while taking into account the relevant tax treaties.

Palsen added: "There might be some suspicion about whether this effort was a way for YouTube to pass on its increasing burden of global advertising taxes, but that is not the case here."

Palsen also noted that the 24% tax referred to above was just "a back-up withholding, applicable to people who don't provide YouTube with necessary information to allow them to comply.

"If you provide YouTube with the required information – and they make it clear on their site what is required – you shouldn't face this backup withholding burden."

What's more, he added, "U.S. citizen expats can file a Form W-9, and thus avoid having to be subject to the withholding tax on payments made directly to them."

However, if the expat is using a foreign corporation to provide content, then withholding tax can be applicable to payments to the corporation, depending on how the corporation is treated for U.S. tax purposes, he said.

IRS Form W-9, formally known as the “Request for Taxpayer Identification Number and Certification,” is provided to a third party – in this case, YouTube – which in turn deals directly with the IRS. The form is never forwarded to the IRS, but retained by the third party, which uses it to fill out and file, along with the payment information, a Form 1099.

More in this category: « IRS: 'Cryptocurrency accounts to be included in FBAR reports' New paper to show 'high-income US tax avoidance far larger than thought' »